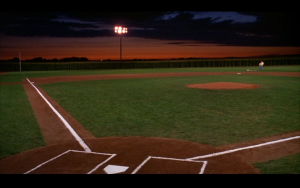 That was the first sentence I ever read in my life.

Running — pure running that wasn’t associated with some sport I was playing — has been a part of my life since I was 18. I’ve been running ever since. I started coaching other runners in 1981.

Huffpost Healthy Living recently posted an article entitled “19 Reasons to Start Running.” None of those 19 reasons were anything new to me, and if you’re a runner they wouldn’t be news to you either. I like the list. It’s a good one. But there’s nothing on that list that runners don’t already know. The experience of years leads to that kind of knowledge.

I started keeping journals of my running and weight training workouts beginning in 1977. By 1998, I’d written in and filled up 12 journals covering 20 years of weight workout diary notes; running workouts, running notes, and race results; triathlon training, triathlon notes, and race results. My journals included nutrition experiments, equipment analysis, training ideas, trial and error approaches, and everything else you could imagine that covered my personal athletic and fitness journey.

When my shipment from Japan arrived here in Memphis in 1998, guess what was missing?

The journals, along with all of that knowledge, experience, and wisdom gained over two decades were lost, along with everything else in that box. The written journals were lost, but the knowledge, hopefully, remains. One of the things in journal #2 was the list of lessons learned from my first triathlon. Seven lessons, actually.

Today’s installment will only highlight the 7th lesson, and one that has been an encouragement to me since the day I learned it: July 22, 1980, when the sport was so new I had to explain the details of it to all my friends.

As we join our story, yours truly has come to the last mile of the last leg of the race, an 8-mile run. The run followed a 1-mile swim and a 35-mile bike race. The run, like the bike leg, was up and down horrible hills that seemed to have no end.

The finish line was on a horse racing track inside a county fairground. Runners entered the fairgrounds, ran onto the track, and took one lap around the track to the finish. So, with “Rocky,” “Chariots of Fire,” and “Eye of the Tiger” blaring from the big speakers set up in the infield, I entered the horse racing track and tried to pick up the pace a bit. I wanted to finish strong.

With about 150 yards to go, I started hearing a wheezing gasping sound from someone behind me. They were obviously in distress. “Good lord, someone’s dying back there,” I thought. But the thing was, the dying sound was getting closer!

WHAT???? How could this be? How was the dying guy gaining on me???? “Inconceivable!” I thought, in my best “Princess Bride” voice.

With about 100 yards left in the race, the “dying guy,” … with the gray hair, passed me. HE PASSED ME! I tried to keep up with him. I tried to stay near him. But I was spent. He wasn’t.

The old dude beat me!

Although I crossed the finish line, proud of my first triathlon, I was a bit miffed about the old dude. After all, I was only 3 days from my 23rd birthday and the very idea of some ancient mariner passing me was messing with my head. My finish time was respectable, not bad at all. But post-race, all I could think of was finding that decrepit dude.

You know how people linger after races around the refreshment area, eating free snacks and gulping down Gatorade? That’s where I found the gray-haired gentleman (aka “the dying dude”) eating a banana.

“Congratulations on a great race!” I said to the man who humbled me.

“Oh, thanks,” he said with a smile, kind of embarrassed.

“That was ME you passed right there at the end!” I said.

“Oh, sorry ’bout that,” he said with a smile that said he wasn’t sorry at all. And then he added, “I hope you’ll forgive me.”

Sticking his chest out with satisfaction, he said, “I’m 65 years old!”

And this unknown 65-year-old man has been my hero ever since.

Seventh Life Lesson from First Triathlon: “It’s not about age either.”

I’m now closer to that gentleman’s age than I’ve ever been. Last year, I entered my 60s! An age I own with pleasure! If I hadn’t met him, maybe I wouldn’t have tried to be like him my whole life! At 23, I lived in a world of young Marines, bullet-proof and badass, in a society that glorified being young. That man was the first athlete I ever met who was older than 30. It’s not hyperbole or a storyteller’s exaggeration to say that I decided right then and there, on that day, July 22, 1980, at that very moment to live my life like that man was living his.

Sometimes, life can turn in an instant. Over a casual conversation. An encounter that probably left that gentleman’s memory within hours, changed my life and has stuck with me for a lifetime.

And those moments, those spontaneous and unremarkable moments, can alter a life. And you’re never too old or “too far out of the race” to have those moments! I had one of those conversations with one of my professors just a couple of weeks ago. A casual conversation that put parts of my thinking and planning, that had been foggy, into sharp focus!

As Ferris Bueller famously said, six years after my encounter with that 65-year-old-bad-ass, “Life moves pretty fast. If you don’t stop and look around once in a while, you could miss it.”

And while I’m quoting 80s movies, here’s this one from one of my favorites of all time, “Field of Dreams,” when Ray Kinsella, played by Kevin Costner, says, “There comes a time when all the cosmic tumblers have clicked into place … and the universe opens itself up for a few seconds … to show you what’s possible.”

Those things I learned in my first triathlon have been true in my life and not just about triathlon. It shattered many of my misplaced notions and prejudices born out of youth and inexperience. It helped to realign my thinking about things. They were not exactly the lessons I thought I would learn, but it was proof that one of the cool things about life and about sport is that we can continue to grow and learn and evolve, with or without the humble pie!

(A Registered Dietitian has a BS in Food Science, followed by a one year internship through an accredited university, and then with the recommendation of the internship program’s supervisor, a national examination is required. After that, an RD must have continuing education units annually in order to remain active and registered. An RD is an expert, not a hobbyist or a “food enthusiast.”)

The temperature and humidity will arrive SOON! Despite the current situation!

This increases your risk of dehydration and even life threatening hypernatremia if you exercise in the Memphis heat. But just how much and what kind of fluid should you be taking in?

For those shorter runs and for some general hot-weather fluid tips, try these tips adapted from the American College of Sports Medicine guidelines:

During exercise: Drink 6 to 12 ounces of cool fluids (water is fine) every 15 to 20 minutes. If your exercise session or run is less than an hour, a sports drink is not needed. These drinks contain calories, many up to 200 a bottle and can add to weight gain if they aren’t counted.

If, however, you are to be exercising longer than 60 minutes, you will definitely benefit from the extra sugar/carbohydrates and electrolytes from a sports drink. The carbohydrates help to fuel your muscles and the electrolytes, especially sodium and potassium, reduce urine output, speed the rate at which fluids empty the stomach, promote absorption from the small intestine, and encourage fluid retention.

After exercise: Be sure to continue drinking after your exercise session is over. You can weigh yourself before and after your runs. Try to drink about 24 ounces of fluid for every pound lost. Don’t forget to include some sodium (salt) either in fluids or with the post- exercise meal. Sodium can help in the rehydration process and increase your desire to drink.

If you are curious to see just how much fluid you really need when you exercise, then be sure to check out the USA Track and Field’s Self Testing Program for Optimal Hydration. This test uses a formula to determine how much fluid you need based on your weight, the weather conditions and your exercise intensity. You can find this self-test at:
http://www.usatf.org/groups/Coaches/library/2007/hydration/USATFSelfTestingProgramForOptimalHydration.pdf

Knowing how much fluid you need is just as important as being fitted with the right running shoes or following the perfect training program. Too little or too much fluid can have serious, even life-threatening consequences. Be sure you know how to properly hydrate by following the above guidelines and by following your thirst.

Through the years—almost 19 now—folks have been super supportive of USMC Fitness Boot Camp and all that I do through it.

Weekly, I hear from former boot campers who’ve moved away. They write saying how significant the program was to them, how much they miss it, and how much they enjoy getting the newsletters and Facebook updates.

Sometimes, those who’ve moved away send money because they want to be helpful and to support the program. This happened just a few days ago. Sometimes these folks know that at any point in time, there are about half a dozen boot campers coming for free because they lost their job, or there’s been some other detrimental change in their finances and they’d have to drop out boot camp.

We’re the only fitness company in Memphis that allows members to continue to participate for free if they lose their jobs or their finances take a horrible hit. And when they’re back on their feet, they just start paying from that point forward. The months they came for free never have to be paid back.

I consider what I do to be more ministry than business, and don’t kick anyone out because of money problems.

Like you, I support different causes and organizations in Memphis just because I believe in what they do and want to help them keep doing it. Monthly, I support 8 different local entities, including WKNO and Literacy Mid-South.

Additionally, last year I started supporting two different people on a site called Patreon. It’s a way to support artists, musicians, writers, instructors, and others who produce content or provide services of a broad nature but might not be able to continue doing so without financial support from patrons … like how educators, artists, musicians, and others were supported by patrons back in the day.

I’ve been encouraged to join Patreon myself, giving folks an opportunity to support the program in small automatic monthly amounts.

Check out the page and if you feel led to support the work I do, even if it’s $1 a month, the number of patrons will be an encouragement to me and others!

Thank you so much!

80% OF YOUR WEIGHT LOSS SUCCESS HAS NOTHING TO DO WITH EXERCISE!

But 80% of your HEALTH and WELLNESS DO!

And 100% of your FUNCTIONAL FITNESS AND CAPABILITIES ARE DIRECTLY TIED TO EXERCISE!

DO YOU USE VENMO?

If you’d like to pay using VENMO, you may! I’m Tony Ludlow on VENMO!

If you’re unfamiliar with VENMO, it’s a payment app for your phone (or computer) owned by PayPal and functions like a check. You can LITERALLY make a payment on your phone in less time than it takes to fill out a check! Click, click, click, done! All done!

Have a GREAT day!

Yours in good health and fitness!