Sgt. Tony is an avid runner, having finished countless 5K’s, 10K’s, more than 47 half marathons, 18 marathons — including the New York City Marathon, The Marine Corps Marathon, and The Goofy Challenge (2009 & 2013) – where participants run a half marathon on Saturday and then a full marathon the next day). And he’s participated in 8 adventure races. Sgt. Tony is also a triathlete and has completed over 125 short distance triathlons since 1980, including the Orlando Ironman Triathlon 70.3.

In addition to training thousands of boot campers since 1999, Tony has trained over 400 runners to run half marathons and full marathons. He’s also trained more than 50 people to complete their first triathlon! 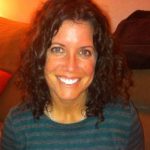